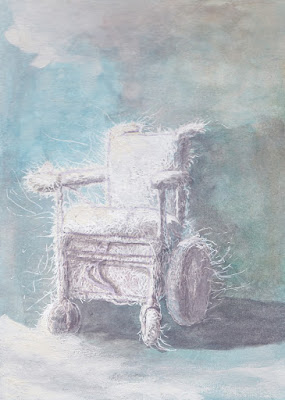 George Washington University’s biennial Composing Disability Conference returns in Spring 2016 with the theme of "Crip Ecologies." The event will be held April 7-8, 2016; featured speakers include Sunaura Taylorand Riva Lehrer, with others to be announced soon. Crip Ecologies is sponsored by the Vice Provost for Diversity and Inclusion, the Columbian College of Arts and Sciences, Disability Support Services, the Department of English, the University Writing Program, the GW Medieval and Early Modern Studies Institute (GWMEMSI) and the GW Digital Humanities Institute (GWDHI).

Crip Ecologies: This symposium seeks to bring together scholars, artists, advocates, and activists working across the fields of ecocriticism, disability, and queer studies. Our goal is to think through the queer interchanges of environments and bodies in more radical ways. As vulnerable embodied beings that interact with our environments, we experience ourselves and others through a defining porosity: we are not only affected by the places we inhabit, but we also leave our imprint on these locations as well. Marginalized subjects, including disabled people, often experience their lives in greater proximity to environmental threats such as toxicity, climate change, generational exposures to unsafe living conditions due to poverty, militarization, body exhausting labors as in the case of migrant workers, etc. Further, we seek to investigate how non-normative bodies/minds can reframe what it has historically meant to be an environmentalist or "nature lover?” Crip Ecologies will draw out these wanted, unwanted, and even unknowable intimacies with our environments as materials for new trans-historical, cross-cultural, and crip/queer research about human, non-human, organic, and inorganic relationships that mark our experiences in the world.