MATCH: The Queer Art of Failure 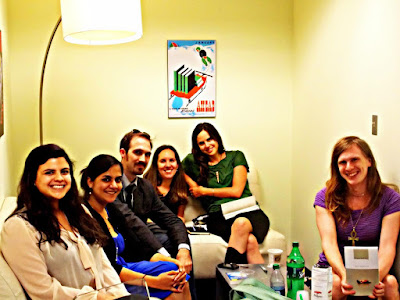 As the inaugural meeting of MATCH (Mobilizing an Active Theory Community in the Humanities) it is perhaps pointed that we began by reading the chapter on "Low Theory" from J. Jack Halberstam's book the Queer Art of Failure. There was the added benefit to all that Halberstam would be joining George Washington on a week-long residency, coinciding with the release of his new book GaGa Feminism. This gave us all a chance to familiarize ourselves with his work before his visit.

Attention circulated around the invitation to make what we read, write, and discuss personal and not to be afraid to fail in the process. Critiques were levied however around the difficulties that the open risk-taking and counter establishment methodologies called for by Halberstam have for those in vulnerably positions within the academy, especially graduate students. Embracing failure and snubbing the ivory tower may be all and well for a professor well tenured and secure in public opinion, but may be the death-blow for those that are just trying to break into the field. All in all, however, the book's invitation and lively style was exciting and we certainly took the invitation to be open and radical to heart, at very least in communities such as MATCH were we can be more free to fail. This is not a working group for masters, but peers, who are willing to take on such fellowship, wherever their current profession, station, or discipline.